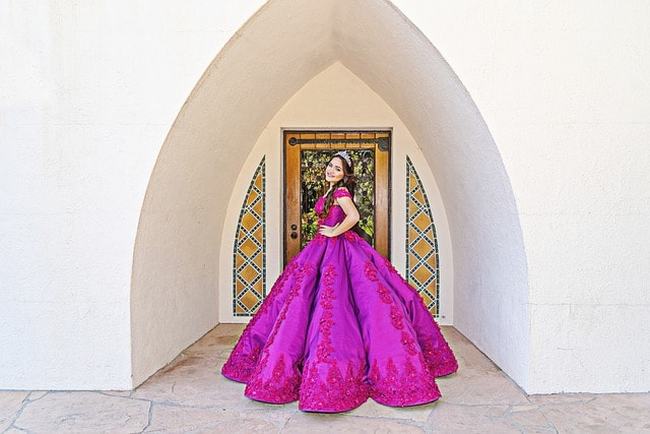 What is a quinceanera? Austin’s Best DJs & Photo Booths

What is a Quinceañera? History & Ceremonies Explained

What is a Quinceañera? The term quinceañera is a Spanish term, derived from “quince,” or 15″ and is a special, milestone celebration of a girl’s 15th birthday. This 15th birthday marks her passage from childhood to womanhood; the term is also used to refer to the celebrant herself, or “la quinceañera.”

The quinceañera is also called quinceaños, or quince años, or often, simply quince. It is also often written as XV. By the way, you may notice the fancy gown/dress and may be wondering how everyone who is attending the quince should dress. No problem, we got that covered, too! 🙂 Read our article “What to wear to a Quinceanera” to learn more!

​Because the Aztec and Mayan cultures also had similar rite-of-passage customs and traditions, it is thought that the quinceañera may have originated during this time, with the Spanish cultural influence (including Roman Catholicism) combined with the indigenous tribes that the Spaniards colonized.

The quinceañera celebration is both a religious ceremonial event (usually Catholic) and a social event that emphasizes the importance of religion, family, community, and society in the life of a young woman. Quinceañeras are celebrated in Mexico, Latin America, the Caribbean, and in Latino communities in the United States and around the world.

Though these celebrations are often for young women, parents can also have a quinceañero for a young man’s 15th birthday. Additionally, sweet 15’s and sweet 16’s are celebrated throughout the United States, and are very similar to a quinceañera, except that they do not have the religious mass. 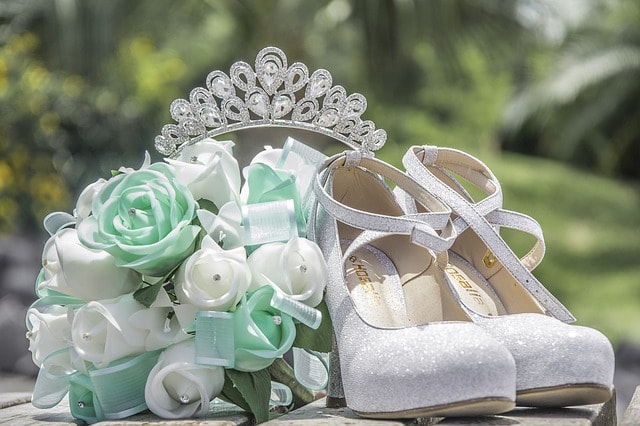 The typical quince celebration begins with a mass attended by the girl and her family and godparents. The mass is followed by a reception, or party, to which family and friends are invited. The reception features food, music, dancing, and other entertainment, with the birthday girl accompanied by her “court” of damas (“maids of honor”) and chambelánes (“chamberlains” or the maids of honors’ escorts).

There are a few symbolic traditions at the quince that are still done, today. One tradition is the presentation of “the last doll,” or “la ultima muñeca” that is given to the quinceañera. If she has a younger sister, the quinceañera will give the doll to her, to show that she is giving up her childhood. If she does not have younger siblings, the celebrant will keep the doll as the last doll, to remind her of the transition.

The crown or tiara, “la corona” is also given to the celebrant, as well as jewelry, such as a necklace, bracelet, or earrings. The tiara/crown symbolizes that the celebrant is a “princess” before God and the world and that she has transitioned from childhood and now has the ability to face the challenges ahead.

A bible and a rosary are also gifts that la quinceañera may also receive. The bible will be an important resource that the celebrant can use to always keep the word of God in her life. The rosary is also a religious symbol that helps remind the celebrant to keep her faith in God and in herself.

Changing of the Shoes

The final ceremony and gift that is presented before the dance or reception starts, is the shoes. The “changing of the shoes” ceremony is done to symbolize the transition from childhood to womanhood. These are supposed to be the first pair of high heels that the celebrant has ever worn. Of all the ceremonies, this is the most important part of the Quinceañera ceremonies. 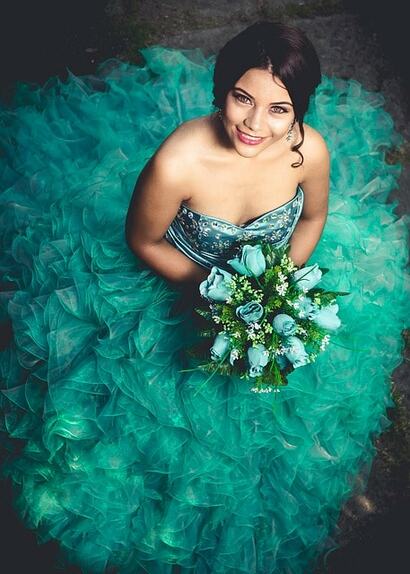 When answering the question “what is a quinceanera” many people presume it’s simply the dance or reception. As you can see, it’s much more than just the dance.

Traditionally, the dance portion of the quince begins with an introduction of the court of honor and la quinceañera, escorted by her chambelan. The celebrant may also choose to be introduced with her parents, instead of a chambelan. After the introductions, a choreographed waltz-type dance is done with the entire court.

“Tiempo de Vals,” by Chayanne, is one of the most popular quince waltz songs we play; however, more and more, we’re seeing less traditional Waltz dances and more quinces choosing to create their own mix of songs or use a non-traditional song.

Later in the evening, toasts are often done by the parents of the celebrant, and often grandparents and uncles, too.  The cake is also normally served, as well, during this time. The celebration is generally very elaborate and very similar to a wedding! Years ago, the quince signified that a young woman was ready for marriage. Now, many parents will allow their daughter to begin dating, after their 15th birthday.

The tradition of the quinceañera continues to evolve, today. Some people answer the question “what is a quinceanera” by saying it’s simply a young woman’s 15th birthday. Today, some girls choose a trip abroad rather than a party, and others now choose a car, or may not celebrate their 15th birthday in the traditional manner. Be sure to check out our Top Quinceañera Trends article, if you’re planning a quince!

What are your thoughts? What is a quinceanera to your family and what does it mean in your culture? Feel free to comment on traditions or customs that you may have seen, that we forgot to mention.

Jason has a Master's of Education (MEd), and a Master's of Public Affairs (MPAff). and has been in the DJ field for over 2 decades as a DJ, nightclub owner, radio show DJ/host, bar/club DJ, concert & festival organizer/promoter, and is the co-founder and owner of Austin's Best DJs & Photo Booths, and Radio DJ Drops. Jason is also a certified wedding/event planner and has written articles/been featured in The NY Times, Brides, Style Me Pretty, Bustle, Disc Jockey News, DJ Times, DJNTV, The DJ Insider, Mobile Beat, My Wedding Songs, Fox Business News, NBC, ABC, Telemundo, and Wedding Planner Magazine. He currently writes all of the wedding/event planning tips and blogs to help everyone plan their event, successfully!